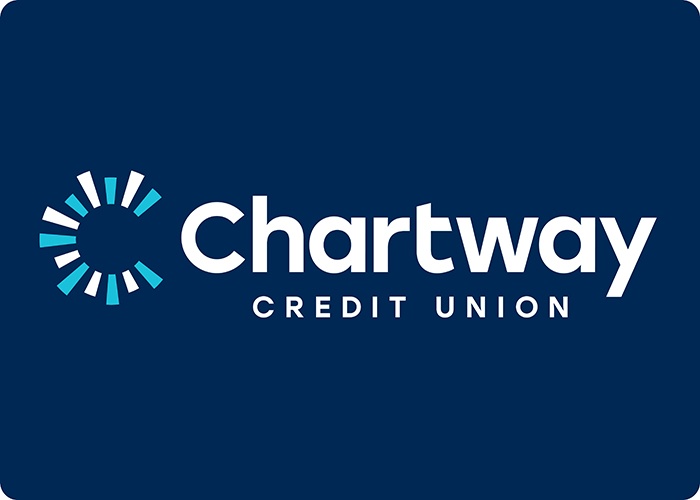 Virginia Beach, VA (February 11, 2022) – To reflect its promise to innovate and embrace change to serve its current members and the next generation, Chartway will “kick-off” a new refreshed look/feel during Super Bowl LVI, using a 30-second TV commercial set to air in its two primary markets, Hampton Roads, VA, and Salt Lake City/St. George, UT.  The ad will appear during the live broadcast in the local ad inventory of NBC affiliates WAVY-TV Ch. 10 (Virginia) and KSL-TV 5 (Utah).

“In America today, when brands have something important to say, they say it during the Super Bowl,” explained Elizabeth Short, Chartway’s senior vice president of marketing. “Kicking off our brand refresh and unveiling our new brand and modern logo is very important not only to our members but to prospective members and the communities we serve.”

Credit unions have historically battled with consumer awareness, trying to break through the commercial clutter with smaller marketing budgets and differentiating themselves from traditional banks. By communicating to hundreds of thousands of viewers during a uniquely shared experience, Chartway can increase its visibility and consumer awareness in the markets it serves.

The Super Bowl’s unique attraction also permits Chartway to communicate directly with potential new members about its advantages and benefits while also introducing the vibrant logo and refreshed brand to current members. “From a dollars & cents perspective,” Short continued, “the ability to reach so many more people than an ordinary program makes this a very efficient ad buy.”

In addition to appearing during the Super Bowl, Chartway’s ad will be used throughout 2022.  “We’ll see it again as part of our branding campaign to showcase the refreshed look of our logo and as we create new marketing content for online promotions and social media purposes,” Short added. “This rebranding effort is part of our multi-year growth strategy.”

Throughout the next few months, Chartway’s new branding will be updated across its digital services, in branches, and on a new website planned for March. While the new graphic elements are rolled out one branch at a time and across all platforms, there may be an occasional overlap of new and old logos.

Chartway is also investing in technology platforms to create a connected, consistent, and modern experience, and developing new products to fit members’ lifestyles and meet their changing financial needs. “That’s what we hope resonates with audiences in our Super Bowl commercial – a bright way forward.”

Chartway, a not-for-profit, member-owned financial institution, has been proudly unlocking the potential of individuals and families so they can thrive for more than half a century. Guided by its Purpose and Values, the $2.5 billion credit union serves 190,000 members through its branch footprint and a full line of traditional and digital financial products and services - including Online, Mobile, Video, and Telephone Banking. Chartway is also known for being an award-winning leader in charitable giving through its We Promise Foundation. As its charitable arm, Chartway’s We Promise Foundation provides life-changing experiences that bring joy, hope, and smiles to children facing medical hardship or illness. Since 1999, the foundation has raised more than $13 million. For more information about Chartway, visit www.Chartway.com; or, visit Chartway on Facebook, Chartway on Twitter, or Chartway on Instagram. For more information about Chartway’s We Promise Foundation, visit www.WePromiseFoundation.org; or, visit them on Facebook, Twitter, or Instagram.