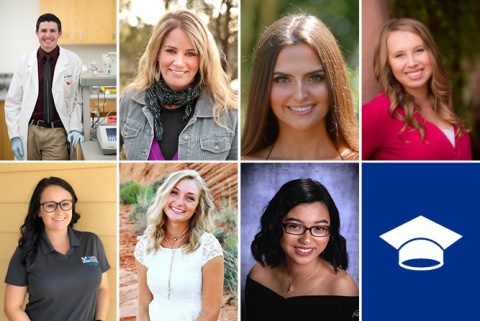 Virginia Beach, VA (July 24, 2019) – Chartway Federal Credit Union is proud to announce that seven student members have been selected to each receive a $3,000 scholarship, totaling $21,000 in academic support.

For 30 years, the credit union’s Directors’ Memorial Scholarship program has annually awarded scholarships to deserving student members pursuing graduate or undergraduate degrees. This year’s recipients were selected based on need, activities, academic performance, an essay, and a letter of reference:

“At Chartway, we’re driven by a desire to make life affordable for our members and to strengthen the communities we serve,” said Brian Schools, president and chief executive officer. “One way we’re able to do that is through our Directors’ Memorial Scholarship program. We’re proud of these seven student members and honored to support their pursuit of higher education.”

The Directors’ Memorial Scholarship program was created in 1989 by Chartway’s board members in recognition of the credit union’s success. Since its inception, the credit union has awarded more than $320,000 in scholarships to its student members.