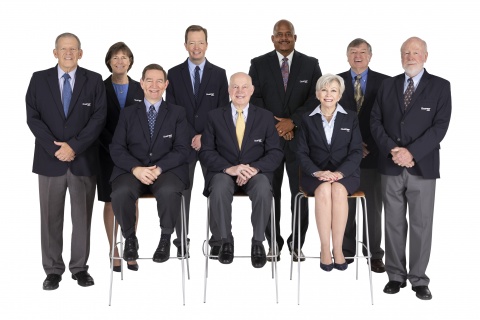 Virginia Beach, VA (February 24, 2021) – Chartway Federal Credit Union is proud to announce that on February 23, 2021, the credit union held its 62nd Annual Meeting virtually. During this time, the following individuals were elected by acclamation to the board of directors:

Bibbs has more than 20 years of leadership experience developing and leading highly successful human resource infrastructures within multi-site, global, and Fortune 500 companies, including the Port of Virginia, Quintiles, and Citi. He currently serves as the chief human resources officer for LifeNet Health. Additionally, he is the treasurer for the Hampton Roads Chamber of Commerce and chair of the personnel committee for Lead Virginia. Recently, he also served as chairman of the board for the Urban League of Hampton Roads, Inc.

Gull has held a variety of volunteer positions at the credit union for 40 years, including serving as board chair for five years. He currently holds the position of board secretary and chairs the governance committee.  Other positions he has served as chair include: CUSO board, supervisory committee, and the volunteer recruitment and development committee.  Additionally, he has held committee positions at the national level for the National Association of Federally-Insured Credit Unions (NAFCU), Credit Union National Association (CUNA), and at the state level the Virginia Credit Union League.  In 2008, Gull was honored as NAFCU’s Volunteer of the Year for large credit unions with $150M+ in assets. Gull has served on the Norfolk Sports Club board.  He is currently serving as a docent with the Hampton Roads Naval Museum, Nauticus and USS Wisconsin (BB-64). He earned a bachelor’s degree in business administration from Old Dominion University, is a Vietnam-era veteran, and retired from federal service after 36 years of service.

McGrath is a seasoned leader with more than 30 years of business and financial experience – 21 of which he has served at Chartway, contributing as a volunteer on various committees, including the asset/liability management committee. He is a current We Promise Foundation board of trustee and the chair of the Alzheimer’s Association of Southeastern Virginia. As the founder and chief executive officer of Dominion Financial Solutions, Inc., McGrath and his team of fully-licensed professionals help clients achieve financial security through the management and administration of investment and insurance portfolios.

Following the Annual Meeting, the board met to hold an organizational meeting - during which time, the slate of officers were established:

“As we reflect on the year, we recognize the unprecedented circumstances our Chartway family faced with positivity and grace, empathy, and kindness,” said Brian Schools, Chartway’s president & CEO. “Together, we weathered a global health crisis, political and social unrest, and a historic collapse of the job market. With no precedent to guide us, we relied solely on our values to navigate these uncharted waters. Our foundational core value of People First made our path forward very clear: our members, our communities, and our team were and always will be the top priority. It's who we are.”

Chartway’s 2020 Annual Report, which summarizes the ways the credit union led through the global health pandemic with two overarching responsibilities – People First and Financial Soundness - may be viewed on its website. Click here to access the interactive report now.