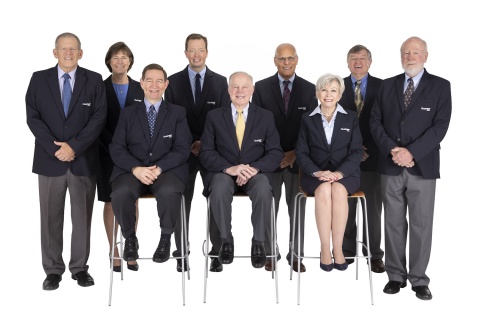 Virginia Beach, VA (February 28, 2020) – Chartway Federal Credit Union is proud to announce that on February 20, 2020, it held its Annual Meeting at its Headquarters in Virginia Beach, VA. During this time, the following individuals were elected by acclamation to the board of directors:

Barbish has been a volunteer for the credit union since 2010 and currently serves on Chartway’s Asset/Liability Management (ALM), Executive Compensation, and Volunteer Recruitment & Development committees. She also served on the Audit and Education committees for the National Association of Unclaimed Property Administrators. Currently, Barbish implements and directs audit and compliance activities as an audit/accounting manager for the Commonwealth of Virginia’s Department of the Treasury, Division of Unclaimed Property. She holds a Bachelor of Science degree in business administration from Longwood University and is a Certified Public Accountant.

Foshay has been a credit union volunteer since 2001, a member of its board since 2008, and currently serves as the chairman of Chartway’s charity, the We Promise Foundation. Additionally, Wayne has commendably contributed to the success of the credit union as the chair of the Volunteer Recruitment & Development committee - enhancing Chartway’s volunteer recruitment efforts and the operations of its Volunteer Advanced Training (VAT) program. He also served as chairman of the credit union’s CUSO board of directors from 2005 to 2009 and provided leadership on the Credit, Legislative/Regulatory & Advocacy, New Services, and Asset/Liability Management committees.

Sauer has been a member of Chartway’s board since 2008. He began his service to Chartway in 1987 as the military liaison officer. His tenure as a volunteer expanded in 1991 with his three-year appointment to the Supervisory committee. In addition, he served as the credit union’s board chair this past year – a position he will retain for the 2020 – 2021 term. He previously served on the Asset/Liability Management, the Governance, Ethics, & Policy, Strategic Planning, Executive Compensation, Legislative/Regulatory & Advocacy, and New Services committees. He has also been the vice chairman of the Directors’ Memorial Scholarship committee.

Sauer earned a Bachelor of Science degree in naval science and mathematics from the United States Naval Academy and a Master of Science degree in administration from George Washington University. During his time in the U.S. Navy, Sauer was the business manager for the Norfolk Naval Shipyard, the supply officer of an aircraft carrier, the director of accounting at a Navy inventory control point, and the executive officer of a naval ship. Additionally, Sauer served as the operations officer for two retail companies. He was a volunteer for Princess Anne High School’s choral department from 1996 to 2019, and an adjunct business professor at Tidewater Community College.

As one of the strongest credit unions in the country, Chartway is dedicated to making life affordable for its members, serving its communities, and strengthening the member experience.

Chartway looks forward to continuing its strong tradition of leadership with CAPT George E. Sauer, III, USN (Ret.) continuing to serve as chair for the 2020 – 2021 term.

Chartway Federal Credit Union, a not-for-profit financial institution, has been proudly serving members for more than half a century. Guided by its vision, mission, and values, the $2.2 billion credit union is dedicated to making life more affordable for its 190,000 members through more than 30 branches and online, mobile, video, and telephone banking services, including mobile deposit, mobile bill pay, and digital wallets. As one of the largest credit unions with membership concentrations in Virginia, Utah, and Texas, Chartway is consistently recognized for its financial strength, its ability to make life affordable for its members, and for its philanthropic efforts through its charitable arm, the We Promise Foundation, which has raised more than $11 million to provide life-changing experiences that bring joy, hope, and smiles to children facing medical hardship or illness. For more information, visit www.Chartway.com; or, visit them on Facebook, Twitter, or Instagram.